Is ban on heading before age 14 most effective concussion prevention strategy?

A youth soccer safety campaign urging middle schools and under-14 soccer leagues to eliminate heading in the sport as a way of reducing concussions continues to grab headlines, but is viewed in a new study (47) not only as culturally unacceptable in a sport that has been allowed to become more physical over time, but as a less effective way to prevent concussions than by reducing athlete-athlete contact across all phases of the game through better enforcement of existing rules, enhanced education of athletes on the rules of the game, and improved coaching. 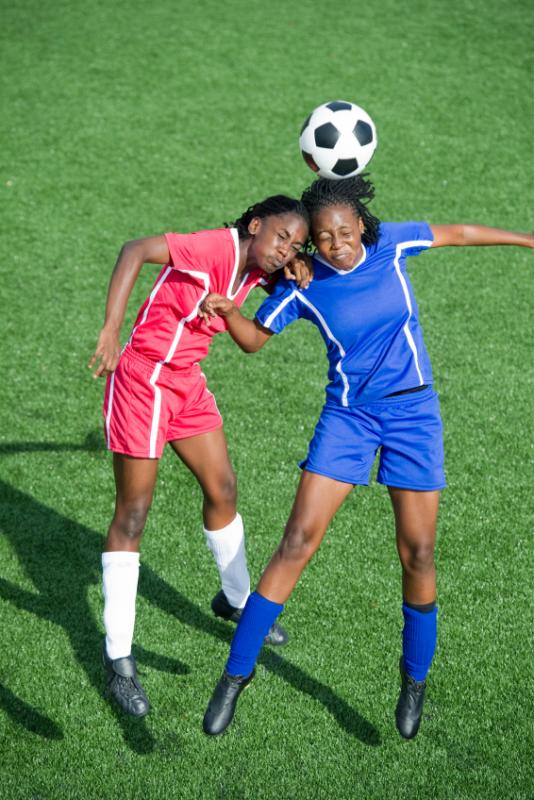 Dubbed the Safer Soccer Campaign, and bearing the tagline “U14 – No Header, No Brainer”, the year-old campaign by the Boston-based Concussion Legacy Institute (formerly the Sports Legacy Institute) and the Santa Clara Institute of Sports Law and Ethics is spearheaded by three former US Women’s National Team players (ISLE board member, Brandi Chastain, and teammates Cindy Parlow Cone and Joy Fawcett), along with SLI medical director and prominent concussion expert, Dr. Robert Cantu, and co-founder and Executive Director, Chris Nowinski.

In a June 25, 2014 press release [38] Chastain recommends a ban on heading before age 14 and encourages coaches and parents to consider the risks of heading before high school or age 14 in age-based leagues “while we wait for more research to clarify [that] risk.”

In an accompanying “White Paper” [39] on the group’s website, however, Dr. Cantu, Mr. Nowinski, and SLI’s Educational and Research Program Manager, Cliff Robbins, aren’t content to wait, asserting flatly that the “scientific evidence paints a clear picture that heading a soccer ball will result in more concussions and repeated subconcussive trauma, which can have long term neurological consequences in both adolescents and adults.”

Indeed, in a July 24, 2014 blog post, [40] Jack Bowen of ISLE, relying on what he refers to as “the heavy hitters” from SLI who have provided the science, goes so far as to suggest that the ban on soccer heading before age 14 proposed by SLI and ISLE “is not just in the best interests of children but one of moral necessity.” In other words, says Bowen argues, that to fail to do so “would be to act immorally.”

To read the rest of the article via Momsteam, please click HERE